3 Activities that Elderly in Home Care Should Explore 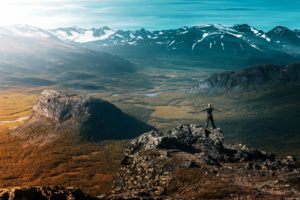 Growing up is inevitable. Unfortunately, as people age, changes start to occur in their bodies. You might notice that as your parents grow older, they become more forgetful. Age-related memory loss is normal, especially since certain brain changes take place as people mature. However, you should still monitor your parents’ situation because sometimes, one’s forgetfulness is not related to aging but a symptom of an underlying problem ‘ like dementia ‘ instead. In this case, hiring elderly care services in Chicago or anywhere in the country will be certainly helpful as health professionals will be able to provide the care and assistance that your aging parents truly need.

There is no doubt that dementia is one tough disease to battle. Even prominent people are not exempted from experiencing it. Here are some famous people who have dealt with dementia:

The National Alzheimer’s Awareness Month, which takes place in October, was born because former President Ronald Reagan was diagnosed with this disease. He served as leader of the United States from 1981 to 1989. It was believed that his horse-riding accident ‘ and the subsequent operation ‘ in July 1989 accelerated the onset of Alzheimer’s.

If you are a fan of the famous cartoon, Scooby Doo, then you probably know Casey Kasem. Casey was the voice of both Shaggy and Scooby Doo in the popular show and he was diagnosed with Lewy body dementia back in 2007. Although he lost the battle, people will always remember him and how his character said, can I get a Scooby snack? in that remarkable voice. 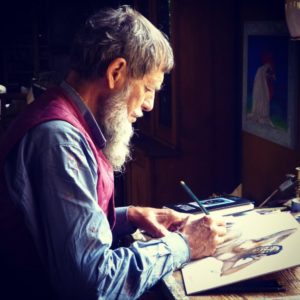 A famous female American film star who became popular during the 40s suffered from dementia as well. Rita Hayworth experienced memory loss which made acting difficult for her. Rita and her struggle became prominent during those early years; as a matter of fact, she was considered as the face of Alzheimer’s disease during the 80s.

Ah, one of the most popular actors and comedian in the world is Robin Williams. Some of his famous roles are Genie in Aladdin, Dr. Sean Maguire in Good Will Hunting, and John Keating in Dead Poets Society. His talent and skill caused him to win several awards from different award giving bodies. He struggled with depression and dementia before passing away in 2014.

Norman Rockwell was a 20th century American illustrator and painter during the 2nd World War. He painted the famous Four Freedoms series which he completed in 7 months, causing him to lose 15 pounds. Franklin D. Roosevelt strongly admired his mural. His works are still viewed today ‘ actually they are sometimes used in dementia therapy due to the memories that they evoke from patients. 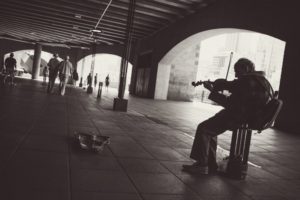 Charlton was an American film actor who was known for playing some of the most famous heroic roles such as Colonel Taylor in Planet of the Apes and Moses in the Ten Commandments. He also performed on the Broadway stage; as a matter of fact, he played Mark Anthony in Cleopatra and Sir Thomas More in A Man for All Seasons. Like his friend, Ronald Reagan, Heston also suffered from dementia.

Dementia is just one of the many disorders that afflicts millions of people worldwide. They can affect anyone, even prominent individuals such as the ones listed above. If you notice the signs of this disease among your aging parents, don’t hesitate to consult a doctor immediately. Detecting the problem early on will immensely help your elderly loved ones.