Home > Blog > Uncategorized > All You Need to Know about Sleeping Disorders

All You Need to Know about Sleeping Disorders 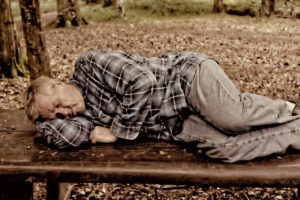 One of the most common causes of fatigue is a person’s lack of sleep. This common occurrence can happen to anybody, young or old. There are more than a hundred different types of sleeping disorders including difficulty in sleeping, problems with excessive daytime sleepiness, and abnormal behavior during sleep. Sleeping disorders have observable symptoms. Whether you are working in a business that provides elderly care services in Chicago or you are not knowledgeable about sleeping problems at all, you can easily identify sleeping disorders once you know the symptoms. Do not worry because they can be easily abated.

Somnipathy, or sleep disorders, are disrupted sleeping patterns. Experiencing this will not just make you sleepy throughout the day; it can also have negative repercussions on your energy level, emotional balance, and overall health. Sleeping disorders are caused by a range of factors that may include, but are not limited to, the following:

Persons with sleeping disorders commonly exhibit behaviors such as:

Somnipathy can be generalized in three categories namely Lack of Sleep, Disturbed Sleep, and Excessive Sleep. 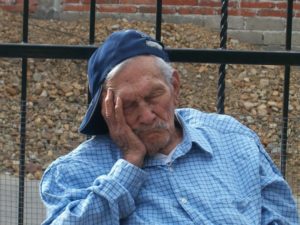 Insomnia is the term used for the inability of a person to fall asleep or sleep well at night. It is the most common sleep disorder that most people occasionally experience. People suffering from insomnia feel tired most of the time and more often than not they worry about not getting ample amounts of sleep. Insomnia may be caused by some psychological issues such as emotional distress, anxiety/depression, bipolar disorder, life stress, anger, worry, trauma, or grief. It may also be caused by medical problems such as acid reflux, kidney disease, chronic pain, or cancer. Prescription medications such as antidepressants, ADHD stimulants, corticosteroids, high blood pressure medications, thyroid hormone medications, as well as some contraceptives may also cause insomnia. Over-the-counter medications that may lead to insomnia include cold and flu medications, painkillers, diuretics, and slimming pills.

Sleep deprivation, on the other hand, is not a disorder. Rather, it is an indicator that the person has failed to get the right amount of sleep. Some indications of sleep deprivation include drowsiness during the day, falling asleep for short periods of time, and regularly falling asleep immediately after lying down. Inadequate amount of sleep may affect a person’s judgment, reaction-time, hand-eye coordination, memory, as well as an individual’s general health and well-being. In some cases, sleep deprivation may also damage the person’s immune system.

The most common type of disturbed sleep is sleep apnea. This is a sleep disorder where breathing is interrupted; it is characterized by pauses in breathing or shallow breathing during sleep. Its name came from the Greek word apnea meaning to breathe; it is a term used for the suspension of external breathing whether voluntarily achieved, drug induced, mechanically induced, or as a consequence of neurological disease or trauma.

Sleep apnea temporarily blocks the person’s upper airways and causes breathing to temporarily stop during sleep. This is usually characterized by the following:

People suffering from sleep apnea lose sleep due to the fact that every time their windpipe close they are deprived of oxygen, prompting them to immediately wake up to allow their muscles to contract and resume breathing. The result is continuous sleep interruption, as well as the lack of oxygen in the brain that can cause morning headaches and decreased mental function.