What are drinks caregiver services in Chicago should make for residents undergoing Dementia?

Since dementia is a progressive disease with no real cure, patients of caregiver services in Chicago can only manage or reduce symptoms through different means. One of the best means to reduce the dementia symptoms is through drinking the right stuff. Certain drinks have chemicals and properties that are proven to make dementia drinkers remember and focus better. These are the type of drinks that caregivers should try to serve to their residents: 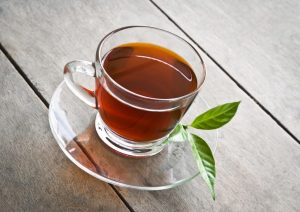 According to a study in the Journal of Nutrition, Health, and Aging, Tea is shown to reduce the symptoms of neurocognitive disorders such as dementia in 957 Chinese elders from 2003 to 2005. This drink improves brain health because its leaves have L-Theanine. When combined with the caffeine in green and black tea, this amino acid increases memory and reaction time while lessening the mental fatigue of its drinkers. The flavonoids in the leaves are anti-inflammatory which reduces vascular damage to the brain

To get the benefits for their residents, dementia caregivers in Chicago should serve up to 3 cups of brewed green or black tea every day to their residents. It is best to brew tea leaves to make fresh tea instead of buying bottled ones at the store.

This drink acts as a protective factor thanks to its compound, caffeine. Scientists found out its protective factor by observing mice in the laboratory, after depriving their brains of oxygen. When their brains are deprived of oxygen, they are similar to the brain of an elder going through dementia because both the states of their minds are in panic mode.

Brain cells in panic mode are in a state of hypoxia, meaning inflammation happens and adenosine is released in turn. Inflammation is the reason dementia patients have trouble remembering new memories, recognizing old ones and doing familiar tasks on their own. Caffeine blocks adenosine from being released and drinkers become less cognitively impaired.

Coffee will impart these benefits on residents of caregiver services in Chicago as long as it is taken in moderation. Two cups of coffee a day is recommended.

Blueberries, strawberries, and blackberries can all benefit residents with dementia because all of them have helpful antioxidants that inhibit symptoms.

Adding these to your diet makes your hippocampus, region responsible for memory, grow new brain cells.

Have antioxidants that fight against free radicals that cause oxidative injuries on neuronal cells.

Berry smoothies, with these 3 ingredients, can help residents if they are served twice a day by their dementia caregivers in Chicago.

Avocado is another magical fruit because not only does it stabilize blood sugar levels, but it also offers brain-boosting vitamins. Vitamin K helps dementia patients by increasing their brain flow and decreasing their blood pressure. Vitamin E, omega fats, and folate, on the other hand, reduces brain tangles that progress dementia and Alzheimer’s.

Elders should drink an avocado shake which has at least ⅛ of the fruit every day for it to be effective.

Alzheimer’s and Dementia are both progressive diseases that worsen the mental abilities of people over time. With no cure, patients can only reduce or manage the symptoms of the sicknesses through different means. Consuming drinks with properties that help the brain is a good way for elders to manage the sickness.