Posted on September 2, 2022 by Anissa Mosera 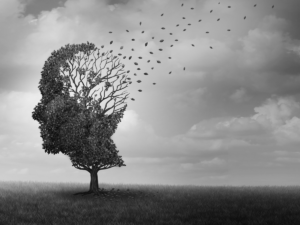 The answer to this question is not as simple as it may seem. There are many different types of Alzheimer’s disease, and the risk factors and causes for each one can vary.

According to The Alzheimer’s Association, an estimated 6.5 million Americans age 65 and older are living with Alzheimer’s today, and it could grow to 13.8 million by 2060 with the exception of the development of medical breakthroughs to prevent, slow, or cure Alzheimer’s Disease.

There are many factors that contribute to the development of Alzheimer’s disease but nothing has been proven yet a dominant gene or environmental factor. In the past few decades, studies have suggested some possible risk factors for developing the disease:

• AGE – People over 65 years old are at greater risk than younger ones.

• FAMILY HISTORY – If you have family members with Alzheimer’s disease, you are more likely to develop it yourself. The risk increases if several people in your family have had Alzheimer’s or other types of dementia.

While there is no cure for Alzheimer’s Disease, early detection may help reduce symptoms. If you or a loved one are concerned about memory loss or other signs of dementia, it is highly recommended to consult a doctor about being screened for signs of Alzheimer’s disease.